Oregon’s primary lavender bloom season occurs in late spring into the early summer. Some varieties will subsequently offer secondary “re-blooms” that are much less full compared to the primary bloom. With recent growth seasons characterized by earlier warming and overall hotter temperatures, we have seen the lavender bloom shifted as much as 2 to 3 weeks earlier than usual, with some English varieties opening in late May. As you would expect, lavender responds to the signals Mother Nature sends out each year, leaving it to us to be prepared for the show when it happens.

The lavender season opener is usually Lavandula stoechas, commonly called “Spanish lavender.” These varieties sport plump flower spikes that we call “pineapple heads with bunny ears.” While delightful to the eye, they do not offer the pleasant fragrance we expect from lavender. Compared to other lavenders, their greater sensitivity to cold winters and other growing conditions reduces their hardiness in Oregon. Accordingly, one will usually see Spanish lavenders used as accent plants in gardens and landscapes. 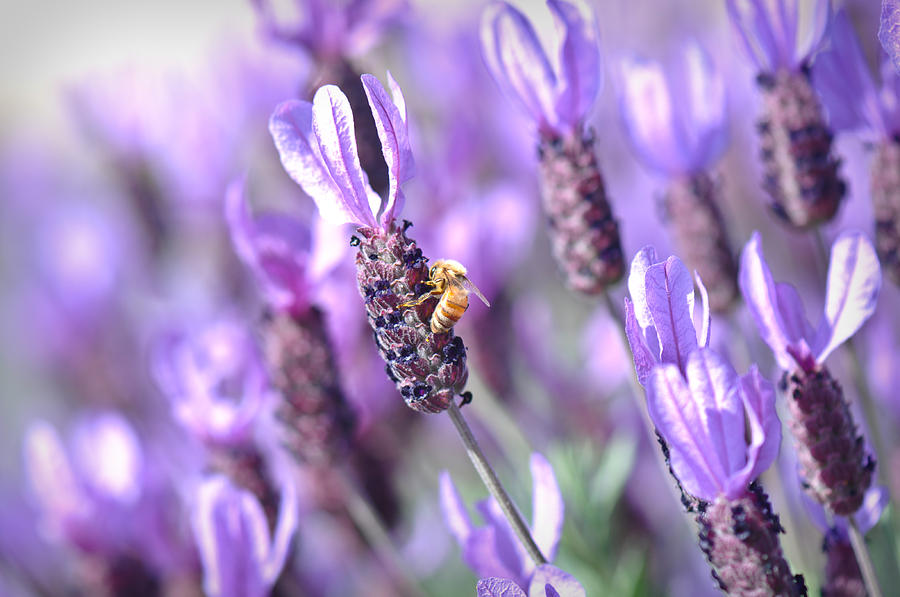 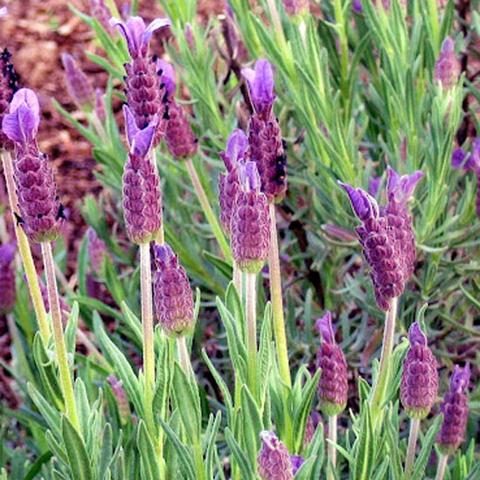 English lavender varieties (Lavandula angustifolia) take on color during May, and bloom from late May to mid June. Cultivars like French Fields and Croxton’s Wild are among the first to “break bud” and signal the real start of the lavender bloom season. Quite hardy in Oregon, the English lavenders encompass an enormous range of plant sizes, bloom colors, and fragrance variations. Some of them can be coaxed to provide waves of “re-bloom” later in the summer. In this group, one finds many types well-suited to culinary uses, as well as craft applications. Several produce fine essential oil, though at considerably lower yield when compared to the French types, partly explaining the relatively higher cost of English lavender essential oils. 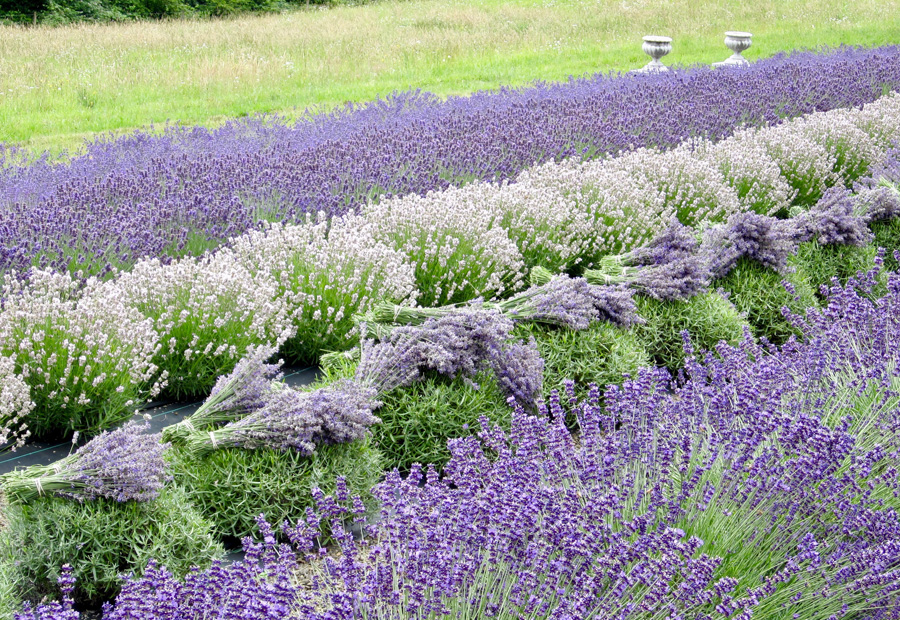 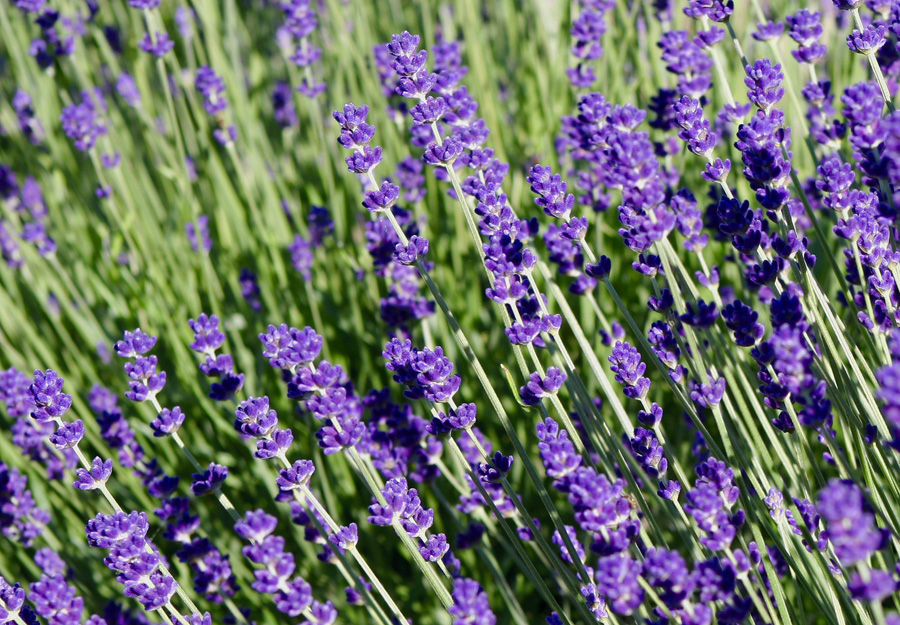 Coming into their full glory toward the conclusion of the primary lavender season, the hybrid French lavender varieties or lavandins (Lavandula x intermedia) catch the eye with long, graceful spikes covering big, bountiful plants. In general, they do well in Oregon, though most are a bit less hardy than the English lavenders. While still enticing, their fragrances differ from the English types, with camphorous components that lend more herbal and somewhat medicinal qualities to their scents. The comparatively heavy yield of oil obtained by distillation of French lavenders makes them the sweethearts of commercial essential oil producers, but do be aware that these oils are quite different from their English relatives. Less commonly used in a culinary role, the lavandins often shine in craft and fresh-flower applications. 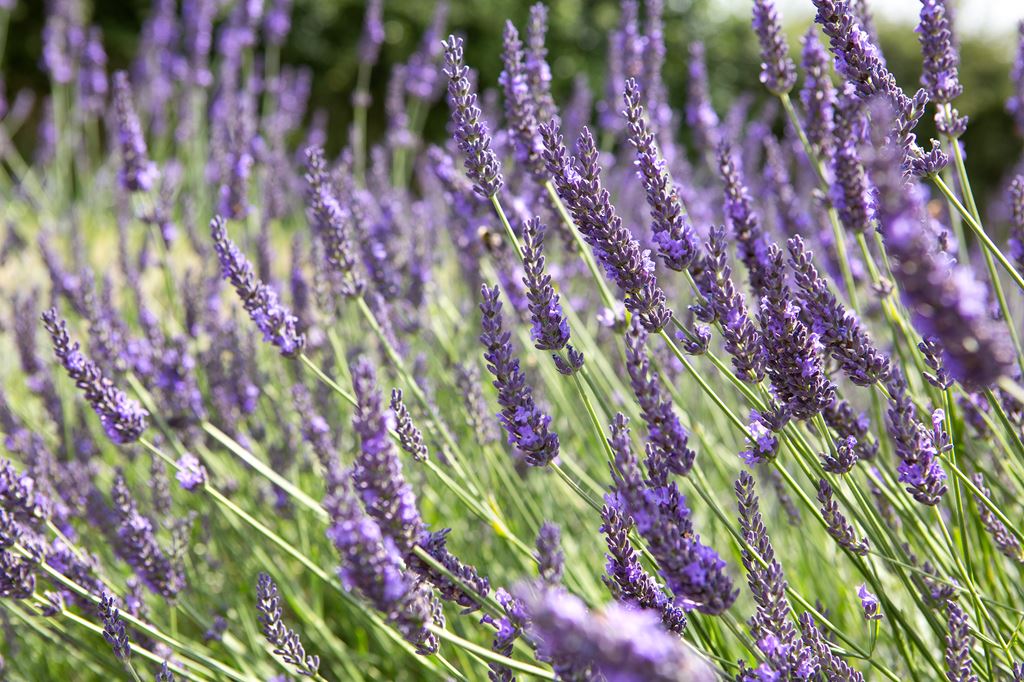 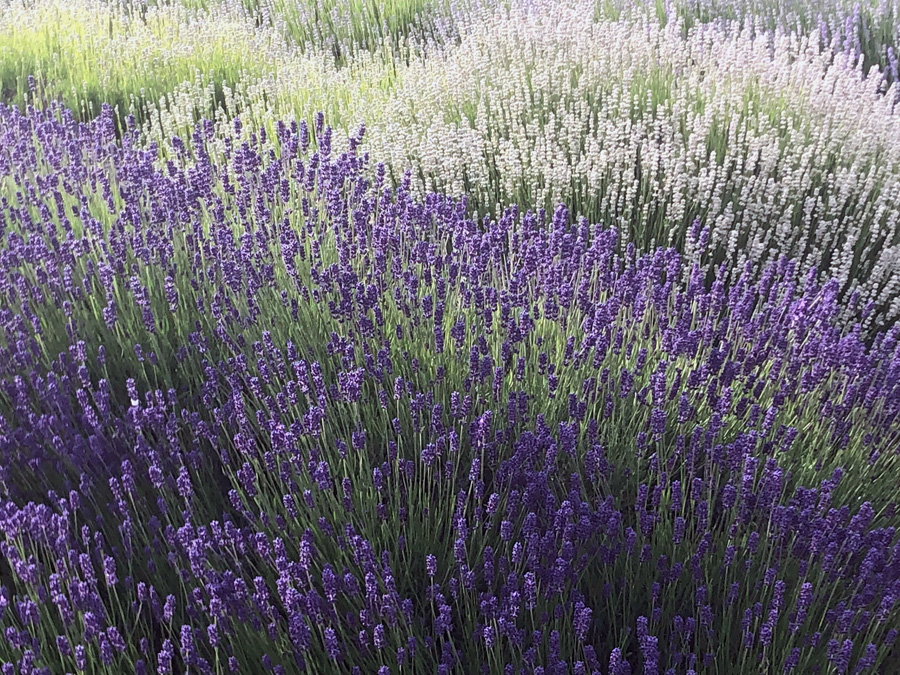 English Lavenders (Lavandula angustifolia): The buds started opening their flowers as of the second weekend in June.  They are ready for some warmth and sun!

French Lavandins (Lavandula x intermedia): Just starting to take on color as of the 3rd weekend in June.  They’ll probably peak in the 2nd week of July.