In contrast to true “lavender oil”, the close-cousin “lavandin oils” are derived from hybrid crosses of Lavandula angustifolia plants with another Lavandula species, resulting in Lavandula x intermedia varieties.  In general, these plants tend to be much larger, somewhat less hardy, and later-blooming than most of the L. angustifolia varieties.  They also tend to produce much larger amounts of essential oil for a given amount of plant material.  This quantitative difference makes for a world-wide abundance of less expensive lavandin oil.  In fact, many people mistakenly recognize a particular type of lavandin oil from the variety called Grosso as their notion of what “lavender” smells like.  In reality, the lavandins can have a refreshing, agrestic fragrance characterized by relatively higher contents of camphor-like compounds.  At RavenCroft, we have found that blending selected combinations of our lavandin oils can significantly enhance and balance the overall fragrance, particularly at the levels of the colorful “top notes” and the full-bodied lavandin core.  In the chart below are listed our featured lavandin blends, with a description of the directions each one tends to lean. 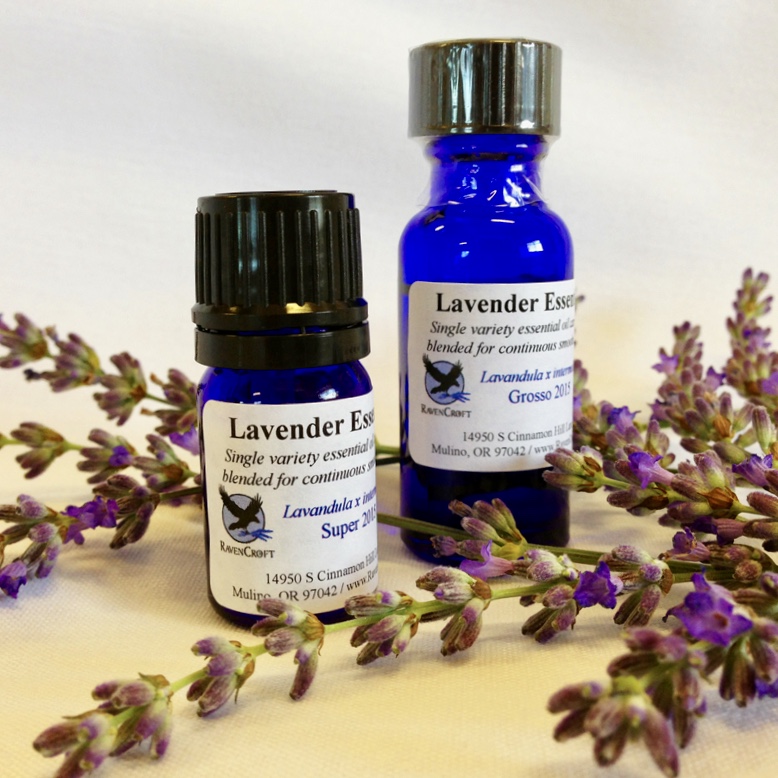